top of page
This site was designed with the
.com
website builder. Create your website today.Start Now

I keep finding new ways to use our abundance of goat milk this spring. When we had Cajeta over vanilla ice cream tonight and my 9-year old said it was the best ice cream he's ever had, I knew we had a winner!

This recipe is very easy with only a few steps and 5 ingredients, but it's also time-consuming. Make it on a day when you don't mind spending a couple hours in your kitchen, stirring frequently. I made a batch of bread at the same time so that I could multi-task.

It would be easy to half this recipe if you don't want or need that much gooey delicious Mexican caramel. It will even reduce the amount of time you spend stirring in the kitchen. But let's face it, after you've tried it, your brownies, ice cream, churros, apple pie, and SPOONS just won't be the same when they're not dripping in Cajeta. Your friends and neighbors and fat-pants will thank you if you go ahead and make the whole batch.

Let's get started. Pour all but 1/2 cup of the milk in a great big pot and start warming it up. Whisk the baking soda into the 1/2 cup of milk that you held back, and set it aside.

Add 4 cups of brown sugar and 1 teaspoon of cinnamon to your pot of goat milk and mix it up, simmering and stirring over medium-high heat.

Once the sugar and cinnamon have dissolved into the simmering milk, remove the mixture from the heat and add the baking soda/milk mix. Your new mixture will froth and foam and double in size (that's why we started with the great big pot, remember?).

You've already done most of the steps. Now you have the long step: put the pot back on the heat, this time Medium heat, and stir and stir and let the milk reduce into thick caramel. It took mine around two hours. It was fascinating to see the change from milk, to froth, to thick caramel!

Once you've reached the desired consistency, stir in the tablespoon of vanilla extract and you're done! Fill up some jars and put them in the fridge for up to a week. Make sure you eat a little (or a lot) while it's still warm.

How to trim donkey feet 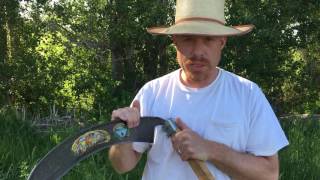 The EASIEST way to scythe... and to sharpen your scythe 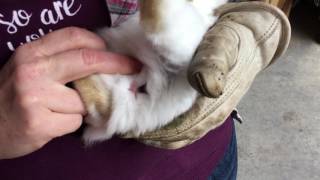 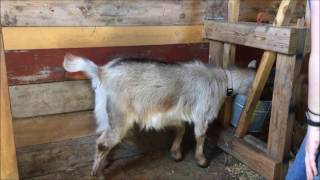 Training your goat to the milk stand

How to easily pull apart pallets 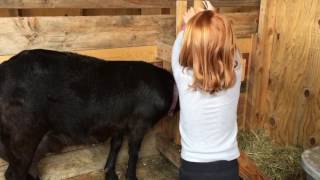 How to milk a goat by 5-year-old Heidi 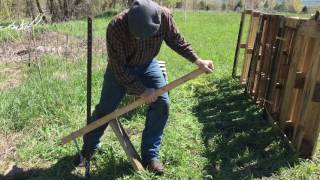 How to make your mom breakfast in bed

How to trim donkey feet